Notary services are available at City Hall, free of charge to the public, during regular business hours.

Rainier city offices will be closed Thursday Nov 26 and Friday Nov 27 in observance of Thanksgiving.

Wednesday, June 1 is the first day that incumbents and other interested parties can file for local office in order to run for positions in the November 8 general election.

Any candidate must be a qualified elector with 12 months of residency within Rainier city limits prior to the general election.

In order to file, you must pick up SEL 101, 121 and 338 forms at city hall, fill them out and return them to the City Administrator. Once the administrator verifies that residency requirements are met and assigns a petition number, candidates will then be allowed to collect signatures to qualify for the ballot. The city municipal code requires 25 valid signatures from registered voters from within Rainier city limits. Candidates are advised to collect more signatures than are required in order to meet the qualifications.

Under the Rainier Municipal Code, the petition shall be filed with the Administrator not more than 100 days nor less than 62 days before the day of the election.

The deadline to file for any of these positions is August 30. Candidates wishing to file a statement for inclusion in the voter pamphlet must do so by September 1. Those statements are done through the Columbia County Clerk's office.

For more information, call city hall at 503-556-7301 or email sjorgensen@cityofrainier.com.

"It is an honor to serve the citizens of Rainier as their Mayor."

A lifelong resident of the Rainier area, growing up in Goble, Oregon. He went to school in Rainier graduating in 1991 and then went on to college in Portland studying Paramedic and Fire Science. Professionally he is a Lieutenant Firefighter / Paramedic with Columbia River Fire and Rescue andhas a strong passion for community service and helping people.

Jerry and his wife Kristi have two daughters and couldn't imagine raising their family anywhere else.

His main priority with the City is easy available contact and good representation of the citizens of Rainier. Jerry encourages anyone to call him at 503-396-0683 with concerns or issues that residents may have. If you have an item that needs to be brought to City Council contact him today.

Scott Cooper moved to Rainier in 2008 from Baltimore, MD. as a software consulting engineer. During this time Scott has served on the Planning Commission, REDCO board, Days in the Park board and a prior term as a city councilman. Prior service includes Honorable discharges from both the U.S. Coast and the Army National Guard. Scott was raised in NW Kansas in farm country and his wife Angela is a native Oregonian. They moved to Rainier looking for that perfect Columbia Riverfront retirement home and found it. 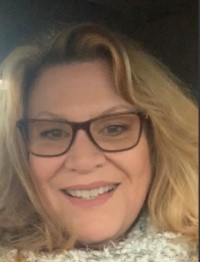 Denise Watson first began volunteering in the 1970s for a diverse range of service, from elder care to political campaigns. She has worked for Apple and Nike and in the state of Oregon for county transit and was responsible for public safety.

While looking for a permanent home in Oregon, she felt an instant connection for the city of Rainier and later with the people in it. Since moving to Rainier, Denise has been involved volunteering with City of Rainier Parks and Recreation Advisory Committee and the Budget Committee. Denise is the creator of the current and only ladies club in Columbia County. She is an active member of the Rainier Senior Center and serves on the board of Kiwanis as the secretary. She is excited to serve the community in its current endeavors and all of its future plans.

Jeremy Howell moved to Rainier in 1987 and attended Rainier High School, graduating in 1991. He attended Clatsop Community College and studied criminal justice. Howell raised his two kids in Rainier and both have graduated from Rainier High School. He has always appreciated the small town atmosphere and community of Rainier.

Howell is currently employed with the St. Helens Police Department and has been for 17 years. He's volunteered with Rainier Little League, Clatskanie/Rainier Soccer league, Rainier Youth Football and Rainier Youth Wrestling and served on the Rainier Budget Committee.

He's looking forward to working with the citizens of Rainier and the council in continuing to make Rainier a great place to live, work, and visit.

Connie Budge has lived in Rainier since 1949 and been active in city government since the 1980s. She earned her bachelors degree from Portland State College in 1967 and worked as a child protective caseworker from 1968 to 1975 and as a member of the Longview Police Department's people's assistance team until retiring in 1994.

She has previously served on the Rainier City Council, Planning Commission, Parks Advisory Board and as chair of the library board. In addition, she has served on the Columbia County Commissioner's Transit Advisory Board, as the chair of its Cultural Trust Commission and on the Columbia 911 Special District Board. Budge was the chair of the Cowlitz County Emergency Support Shelter Board, Substance Abuse Coalition, AIDS Task Force and the establishing Head Start Board. She's currently on the city's budget committee and the Columbia County Area Agency on Aging.

Budge wants to live out her life in Rainier. She would like the city to become an even healthier, safer, cleaner, more beautiful and welcoming community.

Robert duPlessis and his wife chose to reside in Rainier in 2004 because they wanted to raise their children in a small town. He has served on the city council since 2014 and is an assistant scoutmaster with Boy Scout Troop 332. 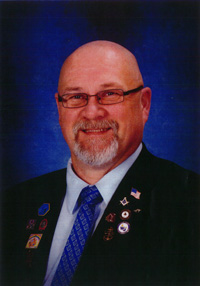 Mike is a native Oregonian, raised in Odell & Portland. Relocated to St. Helens in 1997 and then to Rainier in 2004 where he lives with his wife Kathryn. He has three grown daughters and six grandchildren.

He is a U.S. Navy Veteran and a former truck driver and instructor. Studied 911 tele-communications at PCC and was nationally certified. Now retired due to disability he enjoys serving this community in many ways including; former Rainier Days board member, member Rainier VFW post 1909, member Rainier Masonic Lodge, serves on the Rainier Cemetery District Audit Committee, and over five years as a Rainier Planning Commissioner. 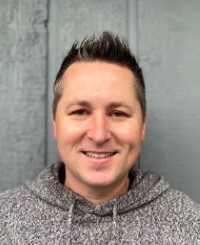 Levi Richardson moved to Rainier in 2019. He spent most of his life living across the river in SW Washington but was drawn to Rainier because of its "small town, friendly and down to earth" culture. Levi and his wife Amanda have five school-aged children and are enjoying raising their family in the beautiful community of Rainier!

Levi has worked for Steelscape - Coated Steel Products in Kalama for 24 years. He is an active member of his church and has served as a board member, youth leader and worship team member, among other ministry opportunities. Levi is also very active in coaching youth and Middle School sports.

Levi is looking forward to serving the people of Rainier by helping to maintain all the great things that make Rainier such a special place and by helping to improve our town in any way that is needed.